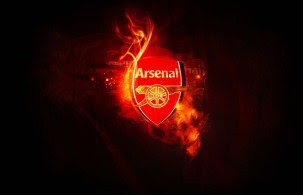 My good friend Kobz woke me up with a start, that is, with a message on my phone. The knowledge that I support Arsenal FC and my one-man campaign to be employed as their transfer market consultant is not hidden from most of my friends.
So, here’s the message Kobz sent me: “And the Lord said unto Wenger, ‘Behold! I have heard your cry and indeed seen the wicked works of the Mancites (Manchester City), the Man-Uzites (Manchester United), the Chelsites (Chelsea) and the Tottenites (Tottenham Hotspurs). I have seen how the Mancites have put their trust in mammon (riches). I will permit them to prosper, for a season. I have seen how the Man-Uzites have leaned on the arm of Fergy, I will pity them also for a season more. However! The sins of the Chelsites and Tottenites are beyond pardon! The Chelsites have made gods of their old prophets (old players) and have not allowed their young prophets (young players) prosper, the Europa League is their punishment! But, the Tottenites have vexed me the most! They have boasted about their skill and quick-footed wingers. They have taunted their better rivals and kicked them as they lay on the ground, as if they did not know that Fabregas had returned to the land of his birth (Barcelona FC, Spain)and Samir Nasri had sojourned to the land flowing with milk and honey, the land of the Mancites (Manchester City). For their sin, I have instructed angels to seal up their goal posts on every ground they play on outside their home ground. In vain will Gareth Bale shoot,and for nothing will Aaron Lennon sprint!Their mid-field will be confounded (confused) even their defence will leak goals. And the angel of Arsenal cried “Lord, the sky is red and thy presence shall come upon Arsenal, send grace to the Emirate stadium”. And the Lord said, ” I will show mercy on Arsenal, I will show mercy on Wenger and they shall be satisfied with a Champions League Trophy in 2013″ …Arsenal Fans scream ” We Believe!!!!!”